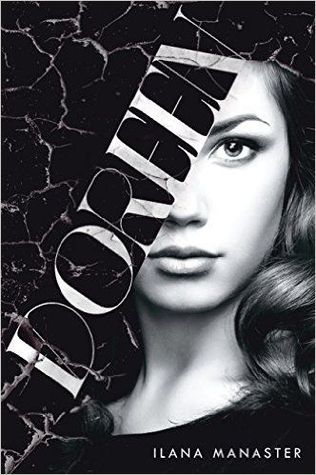 If you’ve ever wished that Oscar Wilde could have taken a crack at writing Mean Girls, do I have a book for you.

Doreen takes place in a New England prep school for the luxuriously wealthy and follows the (mis)fortunes of three students: Heidi Whelan, a vicious socialite hiding a modest background and immodest secrets; Biz Gibbons-Brown, an awkward but talented photographer struggling to find her muse; and Doreen Gray, Biz’s younger cousin, a shy, bullied, and plain-looking girl who is only there on the whim of her estranged father. After Biz photographs Doreen and doctors the final image, Doreen wakes up the next morning and finds that she looks like the beautiful, photoshopped girl in the picture.

As you may have guessed, the novel is a modern, gender-swapped retelling of The Picture of Dorian Gray, and it plays out exactly as you might hope it would. The prose leans heavily on Wilde’s style, particularly in its elevated and pointedly formal dialogue, but it never feels like an affectation. The characters are complicated and mostly unlikable, but they are not necessarily people — just as in Wilde’s original, they are larger than life because their story is more allegory than novel. This won’t be everyone’s cup of tea, of course, but Manaster makes it work for her. The modern American setting brings Wilde’s original dissection of the upper classes back to the forefront of the story. Though it doesn’t talk about the 1% or the Occupy movement, Doreen shines on a spotlight on the ugly lives of people who are simply too rich to care about consequences.

There is a lot of aspects of the novel that I didn’t care for. The addition of the character Roland only harms the novel. Dorian and Henry had the luxury of being morally bankrupt for the sake of being morally bankrupt. Doreen and Heidi need an overwrought backstory with a cruel, distant father figure to motive their actions. It’s a dull and disappointing loss of agency that serves no purpose except, I suppose, to reinforce the idea that girls are only villainous if they’ve been corrupted. Heidi even has a passing encounter with redemption through true love.

Worst of all is not one, but two false accusations of assault in the book. I understand that it shows how truly horrible the characters are. They’re lying about something you should never lie about. I get it. But I can’t tolerate it. You don’t get to use that as a plot device until we live in a world where people don’t assume sexual assault allegations are false, especially not when you’re writing for and about teenagers, who are the most likely to be disbelieved and silenced.

So, overall, did I like Doreen? I did. Its flaws don’t outweigh its moments of brilliance, and I’d like to see more YA books experiment with the style and the kind of narrative. However, its flaws are still pretty big and glaring, and for some readers, they’re going to be as impossible to ignore as the monster Doreen sees in her photograph.